What is a Patent

A patent is a property right granted for any device, substance, method or process that is new, inventive, a manner of manufacture and useful.  A patent is legally enforceable against an infringer and gives the owner/s the exclusive right to commercially exploit the invention for the life of the patent in the relevant jurisdiction (an Australian patent is enforceable only in Australia, for example).

It is important to note that an invention must be kept confidential until after a patent application has been filed.  The reason for this is that if a potentially patentable invention is publicly disclosed, such as at a conference, to a friend, in a newspaper or similar, prior to filing the patent application, a patent granted on that application may later be invalidated because of the earlier disclosure. 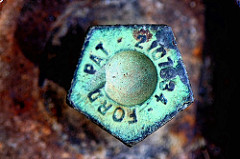