This guide covers the European colonial period from the 16th to the mid 20th century. The guide encompasses European expansionism from the Americas to Africa, Asia, the Middle East and Oceania and includes a significant body of primary source material, as well as scholarly research and useful links to digitised sources on the web. 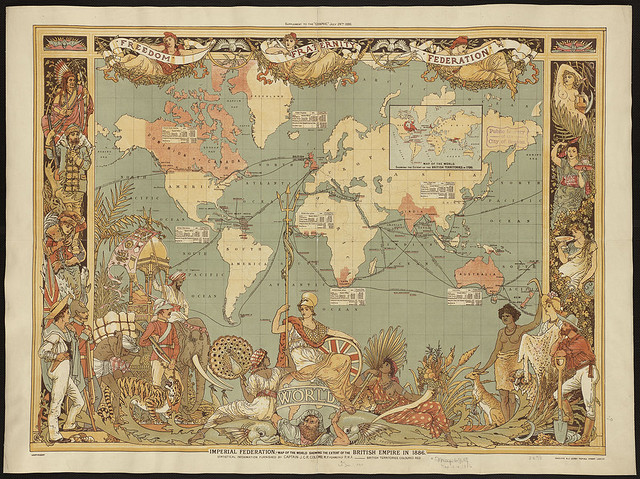 “Imperial Federation, map of the world showing the extent of the British Empire in 1886” by Norman B. Leventhal Map Center at the BPL is licensed under CC BY 4.0